Jellybean fell in love with shop sample toy monkey. It was the Monkey Business toy by Chris de Longpre. So we bought yarn and I snapped a photo of the pattern. 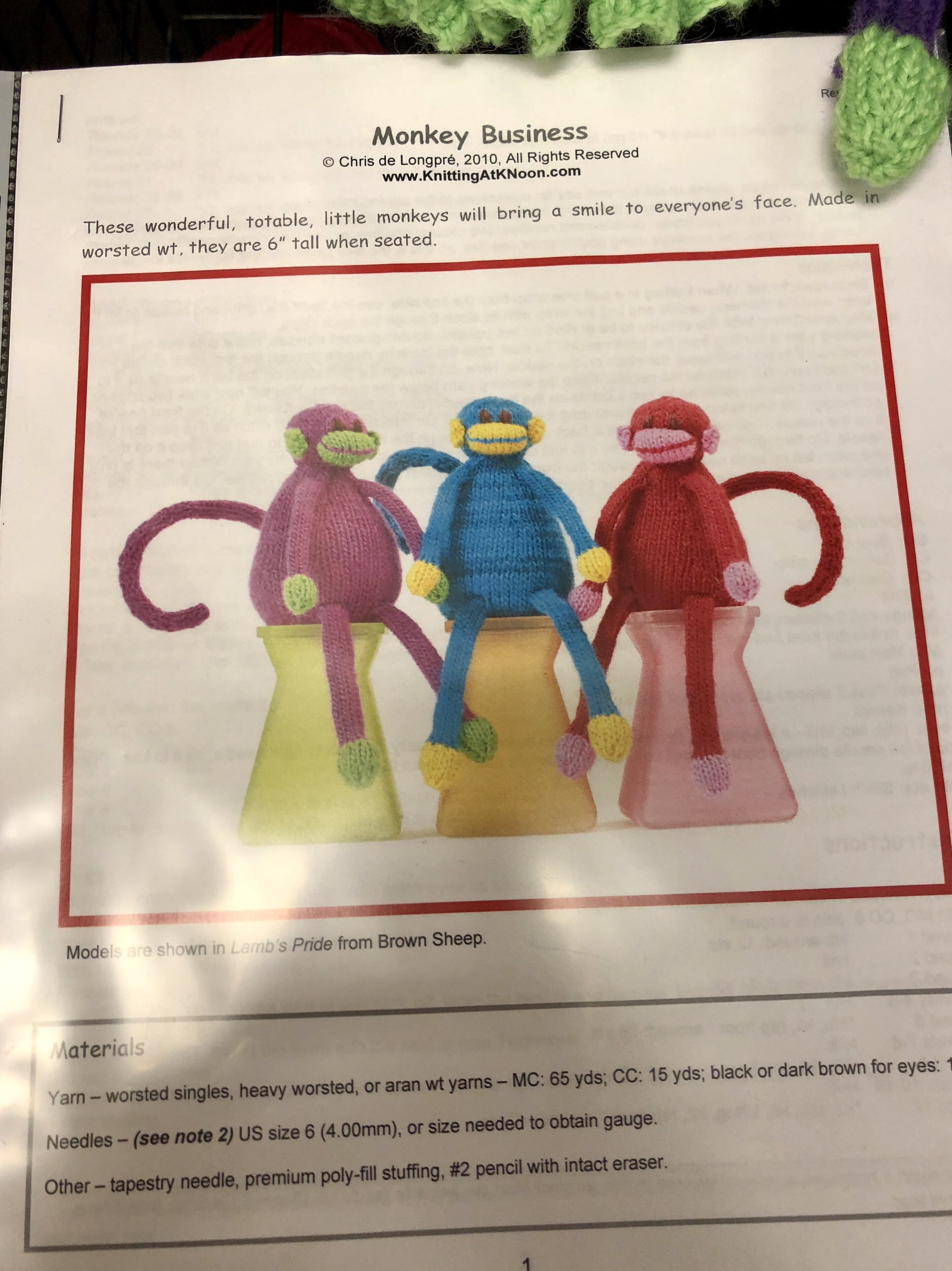 Well, I investigated the pattern when I got home and discovered it was knit flat and seamed. And the appendages were very small as in the number of stitches. And for a $6 pattern…..I didn’t want to work that hard. So I did some Ravelry digging and came up with this pattern. 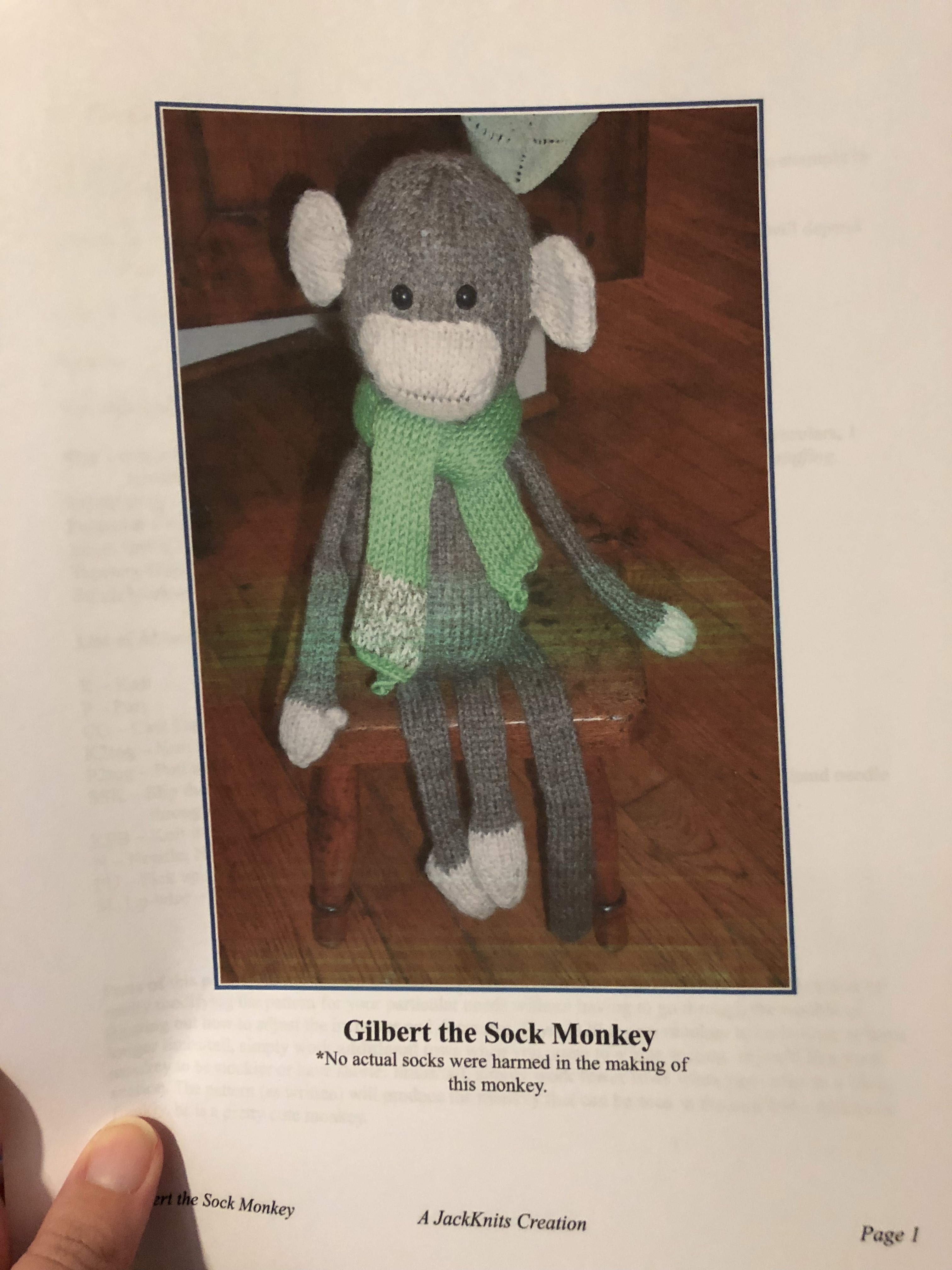 It’s Gilbert the Sock Monkey by Jack Knits. It’s knit in the round with larger stitch count appendages that won’t be as fiddly. I will still have to sew on the finished pieces but at least I wont have to seam them too.

I didn’t tell Jellybean about the switcheroo….I’m banking on that he forgot what the original looks like and is just happy to get a toy!